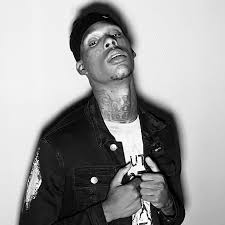 King Delta categorizes himself as an artist not a rapper and it’s for a reason. Growing up in Richmond, VA in a neighborhood called Creighton Court its easy to be sucked into an environment of the street life where you end up dead or in jail. Growing up he fell victim to the street life although being in love with music he never thought of himself actually becoming an artist. He listened to known artists such as Gucci and Chief Keef and you can easily see their style crossbred into creating the art that King Delta continues to give the world. Throughout his life he lost a lot of close friends to the jail system and death. Unfortunately, in 2016 Delta was arrested and served time in jail for 2 years. Being locked up allowed him to overcome his addiction to drugs and put his life in perspective. He called himself a procrastinator before jail now he’s giving it his all and nothing can get in his way. Delta is finding a way out through his music and is driven to get his people out of their current situation. His extremely electrifying performances and consistent catchy hooks has crowds raving about his art. Follow his journey as he continues to lead by example and shock the world