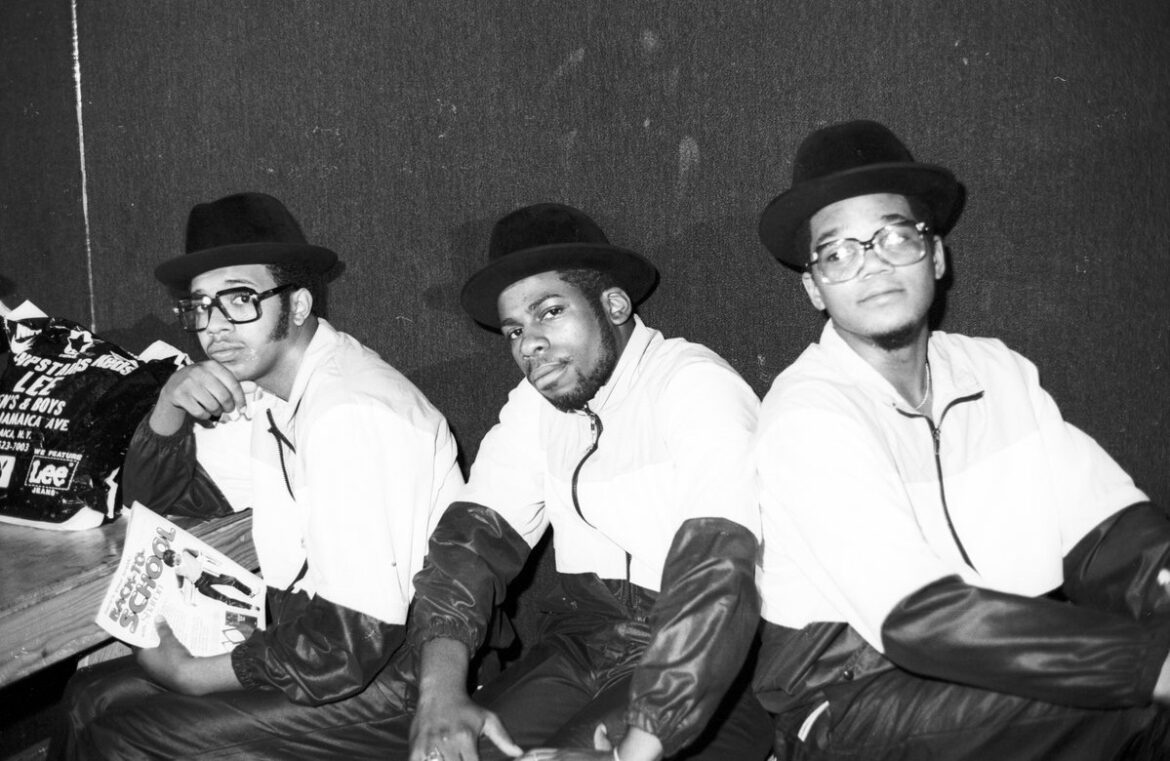 2 Are Arrested in Killing of Jam Master Jay, Hip-Hop Pioneer

The question of who killed Jam Master Jay, the D.J. for the pioneering rap group Run-DMC, inside a Queens recording studio has remained a mystery for nearly 18 years.

But federal prosecutors on Monday will announce the indictment of two men who have long been suspected of participating in the killing of the D.J., whose real name was Jason Mizell.

The men, Ronald Washington and Karl Jordan, Jr., were indicted on charges of murder while engaged in drug trafficking, according to two law enforcement officials, who spoke on the condition of anonymity.

Mr. Washington, 56, is currently serving a federal prison sentence for robbery. Mr. Jordan, 36, was taken into custody on Sunday.

Federal agents say a massive shipment of footwear on its way to Mexico contained millions of dollars worth of fake shoes — including some coveted, rare Jordans and Yeezys.

U.S Customs and Border Protection announced the bust their agents down at the Dallas/Fort Worth port this week  where they seized a haul which included over 1,800 pairs of phony Limited Edition Dior X Air Jordan 1 kicks that were heading to retailers south of the border.
These specific shoes retail for about $2,000 a pop on the market, and all in all … the feds say the shipment was worth upwards of $4.3 million.

The agents add that the boxes about 60 of which were targeted, all coming from China — had all the markings of a scam … bad packaging, poor quality and the officers’ previous experience with this sort of thing told them the shoes weren’t legit, so they halted them.

posted by admin June 2, 2020 0 comments
Los Angeles International Airport, better known as LAX, has announced that it will permit travelers to bring small amounts of legal marijuana through security in their carry-on bags.
But wait: That doesn’t mean you can toke up at the airport.
Pot is legal in several US states, but not on the federal level, so you still need to study up before packing your bags on your way out of LA.
The Los Angeles Airport Police Department will allow passengers to travel through LAX with up to 28.5 grams of marijuana and 8 grams of concentrated marijuana,” reads a statement on LAX’s official website, which was posted in September 2018.
LAX airport to allow marijuana in carry-ons was last modified: June 2nd, 2020 by admin 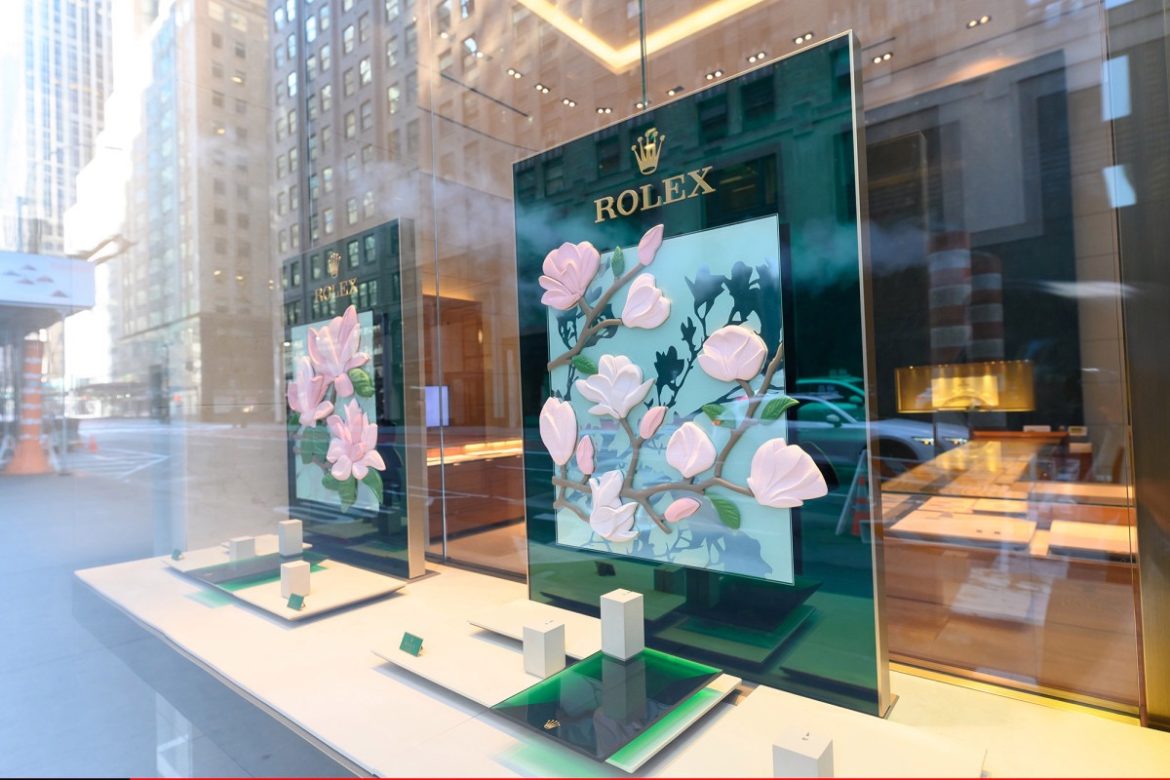 Looters Grab $2.4 Million Worth of Watches from Soho Rolex Store 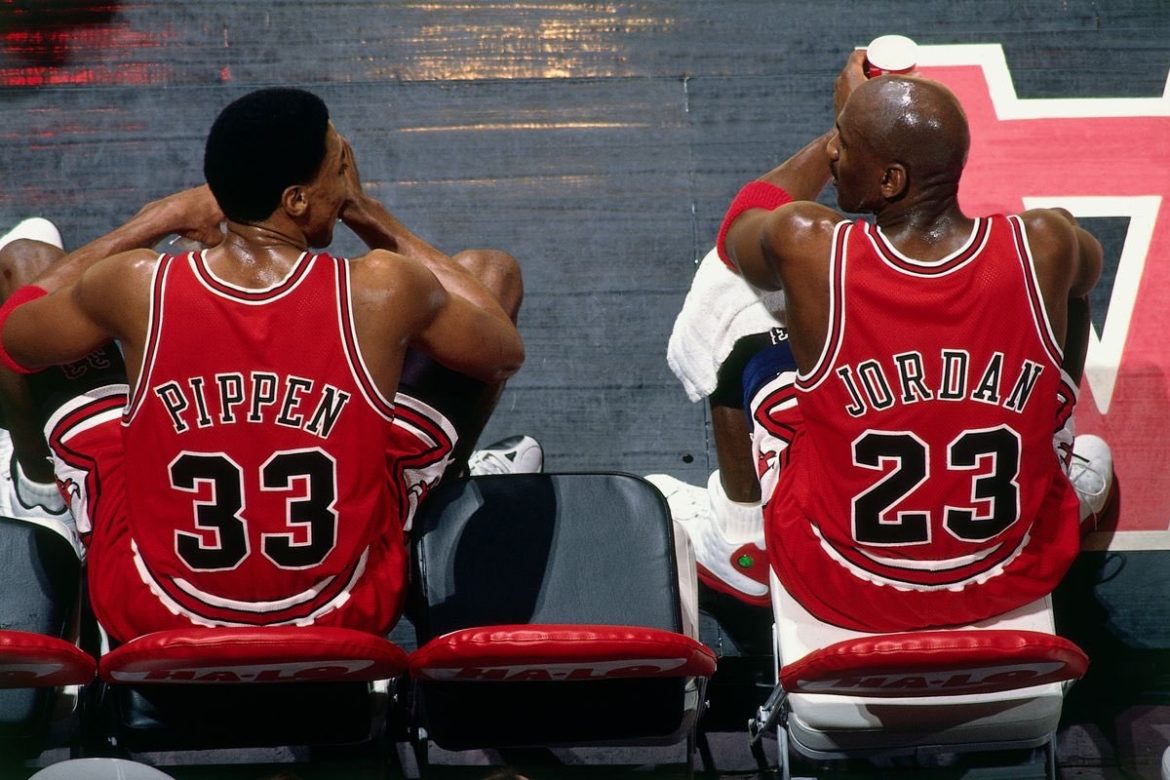 According to @thekapman, Scottie Pippen is "so angry" at Michael Jordan on how he was portrayed in the Last Dance. "He is beyond livid."

Scottie Pippen is reportedly LIVID at Michael Jordan for how he was portrayed in the successful #TheLastDance documentary was last modified: May 21st, 2020 by admin 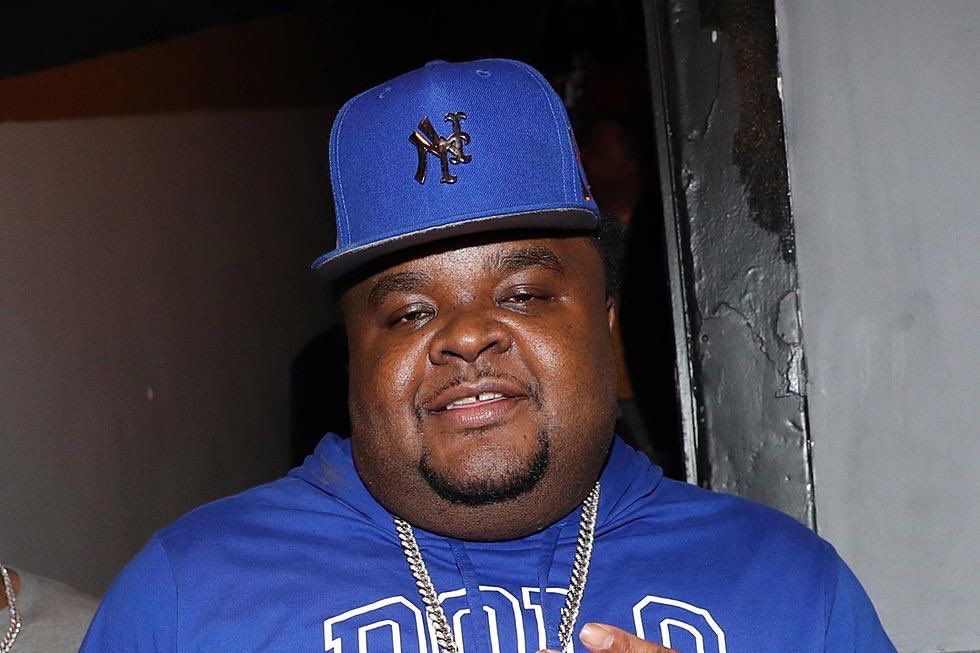 Fred The Godson Is Dead At 35 Due To The Coronavirus –

So far, the coronavirus has resulted in nearly 50,000 deaths in the US. Now, the hip-hop community has suffered a loss due to the pandemic: Fred The Godson, who was a 2011 XXL Freshman, has passed away at 35 years old.

Fred The Godson is dead at 35 following his COVID-19 diagnosis was last modified: April 23rd, 2020 by admin 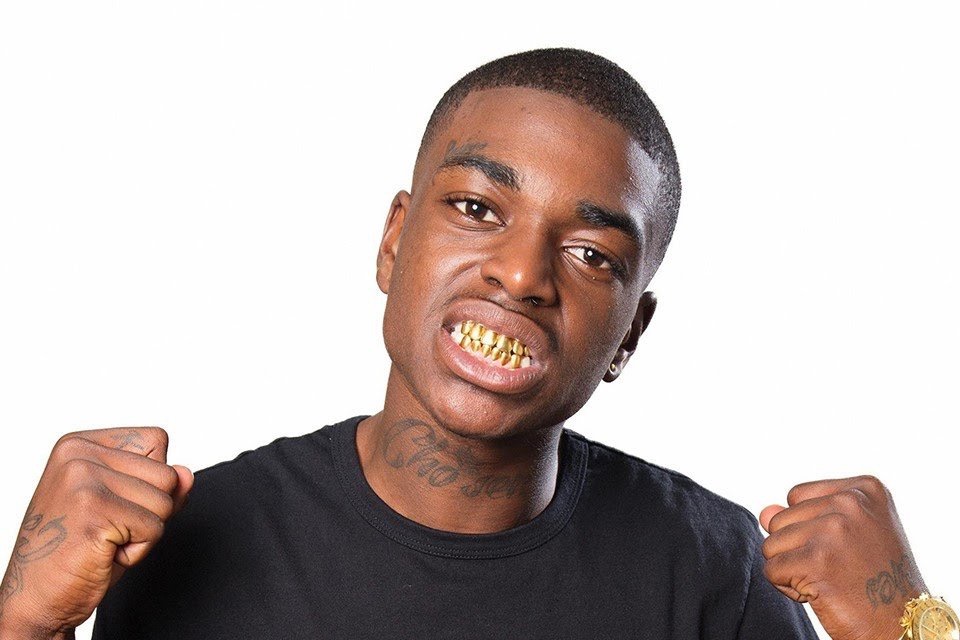 Kodak Black Wants the Coronavirus to Last Until He Gets Out

Kodak Black is on lockdown in prison but it appears that he’s keeping up with current events.

On Wednesday (March 18), the Florida rapper posted a now-deleted message on the state of rap music in the wake of the coronavirus pandemic

Read More: Kodak Black Wants the Coronavirus to Last Until He Gets Out – | https://www.xxlmag.com/news/2020/03/kodak-black-coronavirus-prison/?utm_source=tsmclip&utm_medium=referral 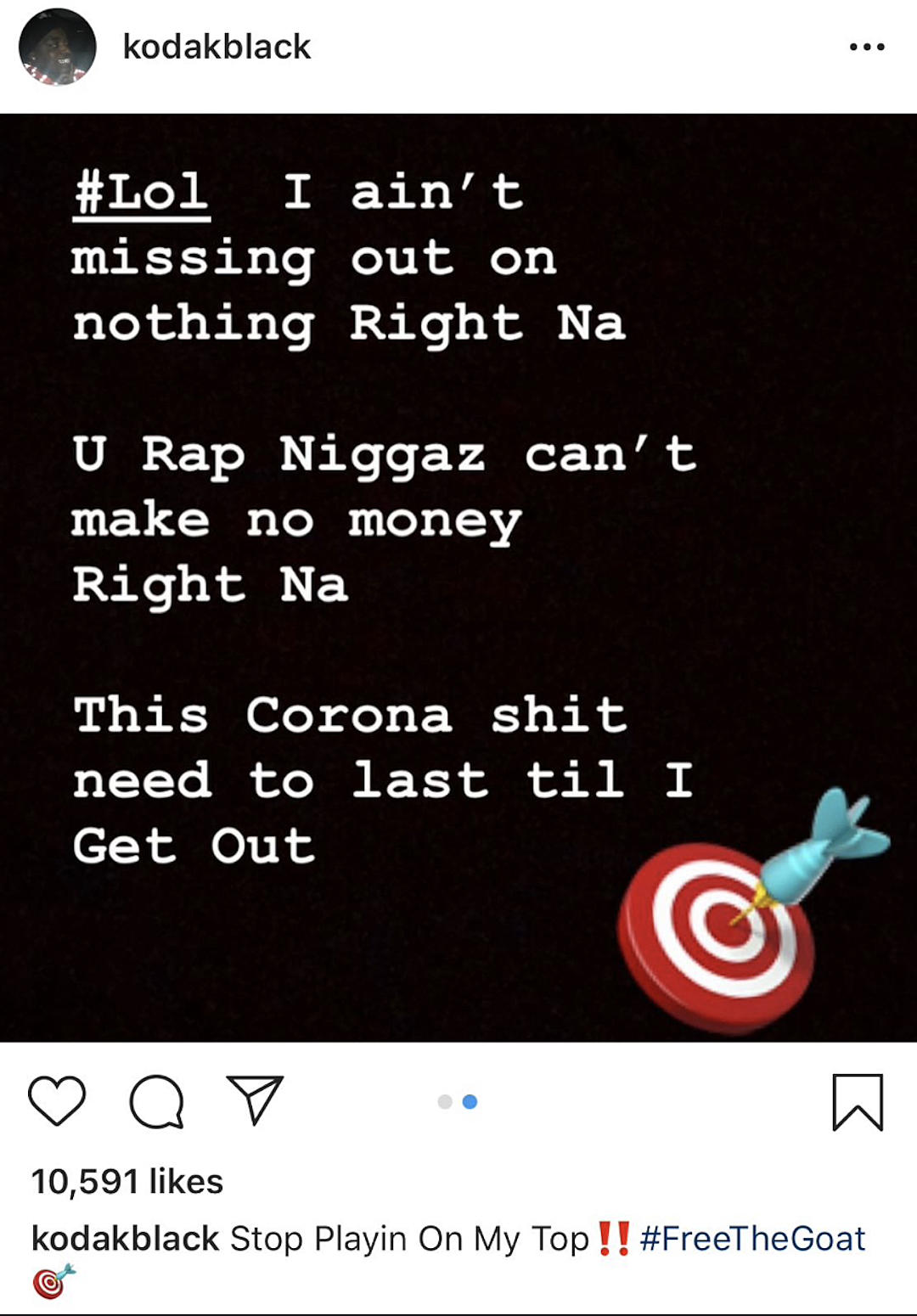 Kodak Black Wants the Coronavirus to Last Until He Gets Out was last modified: March 18th, 2020 by admin 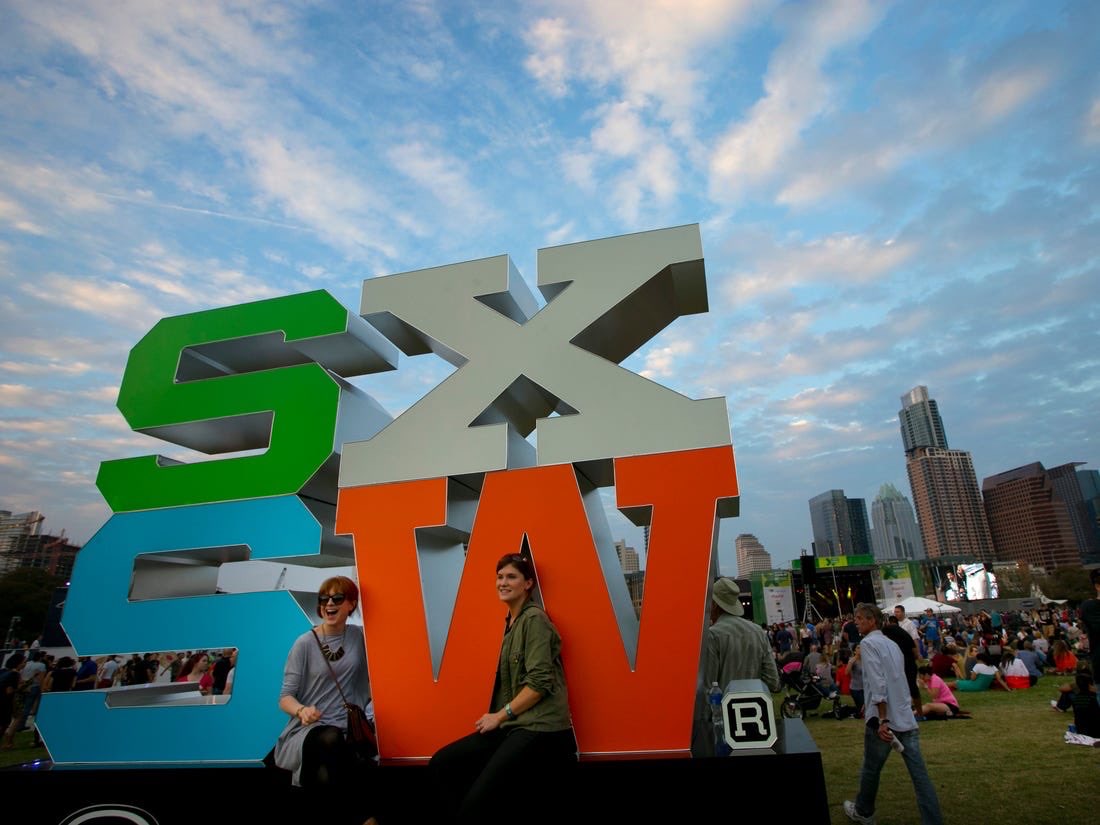 The mayor of Austin, Texas announced on Friday that the city had declared a disaster due to the coronavirus outbreak, a move that resulted in the cancellation of the South by Southwest conference.

The annual event brings thousands of visitors to the city for conferences centered around discussions on technology, media, sports, education and video gaming. There is also a major film festival and a music festival.

“It’s a really important event to our city in a lot of ways, tied to who we are in this city,” Steve Adler, mayor of Austin, said in a press conference. “I look forward to the next iteration of SXSW when it comes back for us.”

The conference has grown in recent years to become one of the most well known events in the U.S. In 2019, the two-week event drew more than 417,000 visitors from 106 countries. According to a report released by SXSW, the event brought $356 million to the city’s economy.

Up until Friday, SXSW had continued to move forward with its plans, adding speakers as recently as this week. Other major events, including Miami’s Ultra Music Festival, Facebook’s F8 Developer Conference and IBM’s Think conference, have been canceled across the country.

Numerous event partners and participants had already pulled out of the two-week conference and festival.

SXSW organizers said they would be exploring options to reschedule the event. They are working to provide a virtual SXSW online experience as soon as possible for 2020 participants.

“‘The show must go on’ is in our DNA, and this is the first time in 34 years that the March event will not take place,” the organizers of the event said in a written statement. “We are now working through the ramifications of this unprecedented situation.

On Sunday, Twitter CEO Jack Dorsey was scheduled for a keynote talk but withdrew following his company’s decision to pull out of the conference and no longer host its SXSW house.

On Sunday, Twitter CEO Jack Dorsey was scheduled for a keynote talk but withdrew following his company’s decision to pull out of the conference and no longer host its SXSW house.

“Due to concerns related to coronavirus, our company and employees will not be participating in SXSW this year,” a Facebook spokesperson said in an email 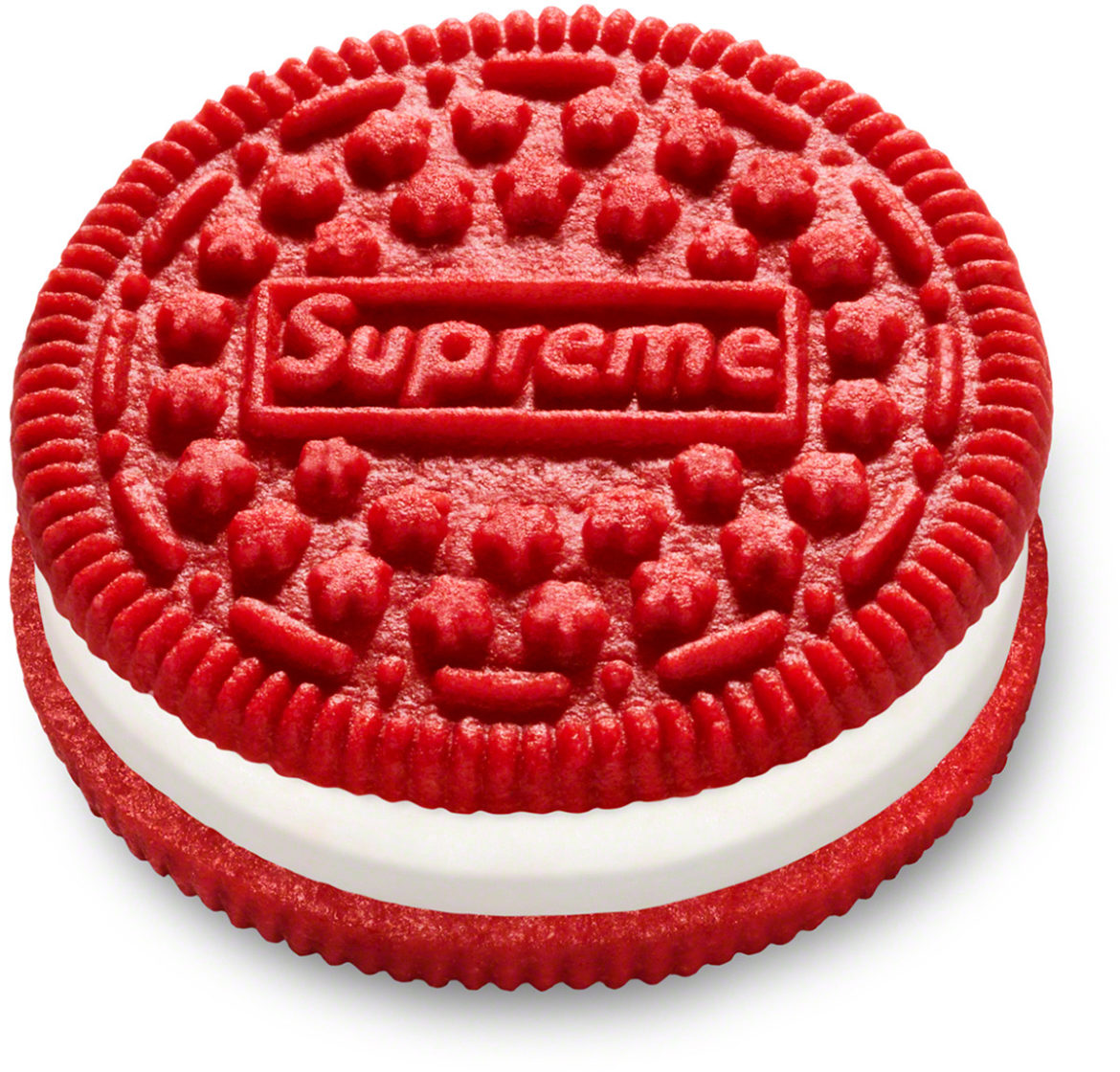 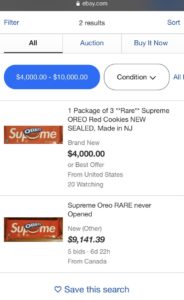 Oreo’s latest collaboration with streetwear brand Supreme isn’t such a sweet deal. Supreme’s designer Oreos launched in New York City on Thursday, and they are already selling on eBay for more than $10,000.

Supreme, the mega-popular brand known for limited edition merchandise and dedicated fans, recently announced its partnership with Milk’s Favorite Cookie as part of its Spring/Summer 2020 drop. The treats are colored Supreme’s signature bright red and feature its iconic logo scrawled across both the cookie and the similarly-shaped rectangle packaging.

Sources connected to Meek tell us he was already in the store shopping when Nicki and Kenneth came in an approached him.

When Kenneth started getting loud, Meek suggested they all have a word in private, but they refused … according to our sources.
We’re told Meek wanted to keep things civil, because, as one source put it — “He’s just happy he’s in a much better place, personally and professionally, than he was back when he and Nicki were dating.”
Bygones be bygones??
GETS INTO SHOUTING MATCH WITH EX NICKI Minaj … And Her Hubby Kenneth was last modified: January 26th, 2020 by admin
Older Posts