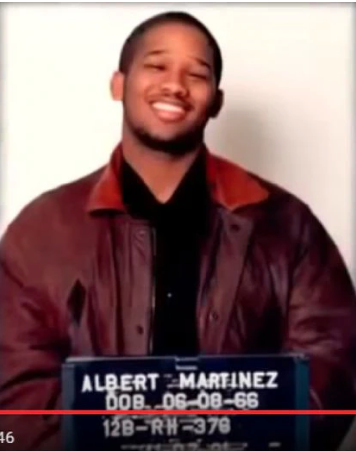 A Harlem man has been arrested and charged for the murder of infamous drug kingpin Alberto “Alpo” Martinez.

According to the New York Daily News, Shakeem Parker, 27, was pinched and charged with murder and criminal possession of a weapon, according to the authorities. Parker was already imprisoned on Rikers Island due to a previous gun case but investigators allegedly obtained information that he was the shooter.

Despite being in the federal witness protection program, Alpo, 55, was back in Harlem on Halloween night in 2021 when he was gunned down while driving a Dodge Ram on Frederick Douglass Boulevard near 147th St. around 3am. He was reportedly shot six times in his arm and once in his chest and succumbed to his injuries after being transported to a nearby hospital.

Despite coming to fame in the drug trade of the 1980’s, Alpo moved on to the Washington DC area, where he was pinned to 14 murders and reportedly flipped on his friends for a lighter sentence. Martinez had been living under the name Abraham Rodriguez with a Maine address, but he couldn’t stay away from Harlem despite the animosity, and some praise,that basically made him a target.

Now the question is will Parker start flapping his gums about what led to the shooting—was it a petty street beef that had nothing to do with Alpo’s history, or did someone amongst the former drug kingpin’s long list of enemies hire him to snuff him out?